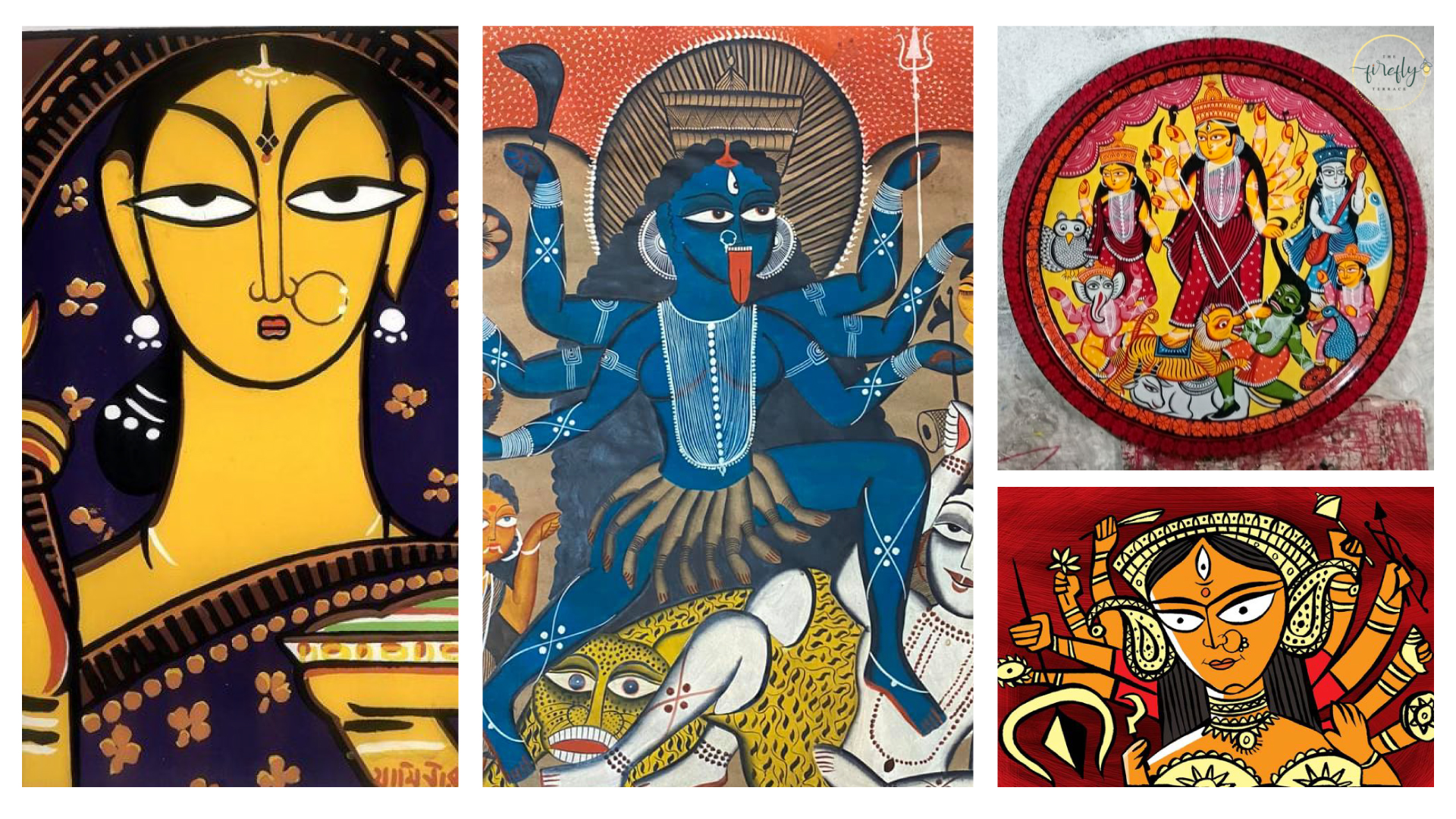 In this fascinating workshop we will be working on a painting of Goddess Kali with acrylic paints on cartridge sheets.

Here’s a little snippet about Kalighat paintings ~ “The paintings derive its name from the Kalighat Temple, and flourished as a popular art form with the rise of a settlement around the temple. Legend has it that Sati slew herself after Lord Shiva was insulted by her father Daksha. Following this, Shiva wandered with her body on his shoulder threatening to destroy the universe. Vishnu, the preserver of Earth, intervened and shattered Sati’s body into 51 pieces which fell at different spots across the Indian subcontinent. These sites are known as Shakti Peethas. The toe of her right foot is said to have fallen at the site of the Kalighat Temple, associating it with Goddess Kali – the ferocious form of Sati. With bright colours, bold strokes, realistic figures, religious, as well as secular and civil subjects; these paintings catch the eyes of the appreciator in a jiffy. The subjects in the paintings are coloured but the base remains untouched. These characteristics came to be known as the key elements of the Kalighat paintings. The Kalighat Paintings were divided into two schools: The oriental school wherein Hindu gods and mythological figures were seen, and the occidental school that projected social evils and other secular themes.”

About the Facilitator: Trishna Patnaik is a self-taught artist based in Mumbai, practising art for over 14 years. After her stint in the corporate world, she realised that she wanted to do something more meaningful and found her true calling in painting. Trishna is now a full-time professional artist, happily pursuing her passion. She conducts painting workshops across Mumbai and other metropolitan cities of India. Trishna is also an art therapist and healer, working with clients on a one-on-one basis in Mumbai.